Today, August 1, 2011, is the 30th anniversary of the day MTV unleashed “Video Killed the Radio Star” by The Buggles on an unsuspecting world for the first time. Neither music nor television has been the same since.

I remembered an interview I did 28 years ago with original MTV VJ Alan Hunter on July 23, 1983 in Clearwater Beach, Florida. The print version ran in Music magazine, a local biweekly that, in many ways, launched my journalism career. (Thank you, Bill Templeton, Eric Snider and Ray Martino!)

Listening to the interview again after all these years, I remembered what a sweet, gentle guy Hunter was. We talked in the lobby bar of the Adam’s Mark hotel on the beach (hence the piano playing in the background); I suspect my old friend Vicki Valley was along for the conversation as she was for so many interviews and concerts that year — I’m pretty sure I recognized her laugh in the background.

I had actually met Hunter earlier in New York when I got a tour of MTV and met his fellow VJs Mark Goodman — who I grew up listening to in Central New Jersey and was equally gregarious and friendly — and the funny and sexy Nina Blackwood — and pixie Martha Quinn, who was completely the opposite of her fellow hosts.

The interview cuts off suddenly after 22 minutes, for which I can only apologize. 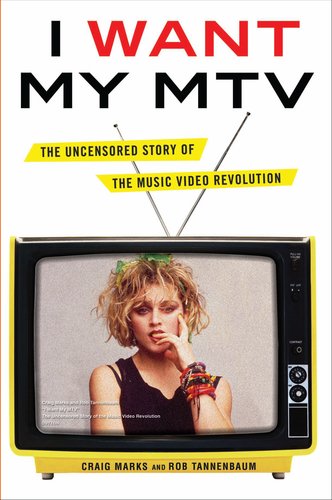 If you’re wondering whatever happened to Hunter, Goodman, Blackwood and Quinn, they reunited a couple years ago on Sirius/XM Satellite Radio’s “80s on 8” channel. (J.J. Jackson passed away in 2004.) Check it out here.

ALAN HUNTER podcast excerpt: “Everybody that got involved in the beginning was scratching their head. Everybody close to it was to trying to explain it. At the first audition, they had to explain what MTV was. And the first explanation didn’t make sense. I had been in a video about five months before, as an actor — for David Bowie’s ‘Fashion.’ Then they called up and said I got the job. I said, ‘What is it?'”

Bob Andelman is the host and producer of Mr. Media® Interviews. He is also the author or co-author of 12 books, including Mind Over Business with Ken Baum, The Consulate with Thomas R. Stutler, The Profiler with Pat Brown, Built From Scratch with the founders of The Home Depot, The Profit Zone with Adrian Slywotzky, Mean Business with Albert J. Dunlap, and Will Eisner: A Spirited Life. Click here to see Bob Andelman’s Amazon Central author page. He is a member in good standing of the American Society of Journalists and Authors (member page).