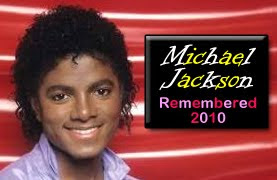 A year ago today, on June 25, 2009, millions of people were stunned to discover that singer, songwriter and pop culture legend Michael Jackson had died suddenly and mysteriously at home in Los Angeles.

His passing was met with general sadness and, yes, a little contempt from people who felt that Jackson’s questionable private life took away from the wonders of his professional accomplishments.

JOE JACKSON podcast excerpt: “Anything is good if it makes money, that’s what I think. It’s all about the money.”

Tonight, we have gathered an all-star cast of BlogTalkRadio hosts from coast-to-coast to talk about Michael Jackson’s life and career, the good, the bad and a little of the ugly. Joining me over the next 120 minutes will be, in order of appearance: Janice Malone, host of Film Festival Radio in Nashville, Tennessee; Tony Peters, host of Icon Fetch in Dayton, Ohio; D.A. Williams, host of WDKK Radio, also based in Dayton, Ohio; and Muthaknows, host of “The Mutha Knows Show,” which comes to us from Philadelphia.

During the course of the show, we’ll also be playing audioclips from many BlogTalkRadio shows this past year in which hosts interviewed men and women who knew Michael Jackson, including one with his father, Joe Jackson, as well as a conversation with actress and singer Stephanie Mills, best known for starring in “The Wiz” on Broadway. We also have original comments about Jackson from singer Tommy James of Tommy James and the Shondells and several ‘60s era Motown execs and talent.

Along the way, you’ll also hear clips from some of Michael Jackson’s bestselling songs and a few celebrities talking about the late performer.