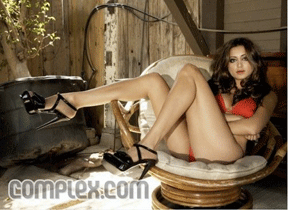 Noureen DeWulf had my attention when I heard she had been a guest star on the NBC spy comedy “Chuck.” And when I re-watched the incredible girl fight scene she had with the show’s blonde-haired star, Yvonne Strahovski, I immediately knew with whom I was dealing! 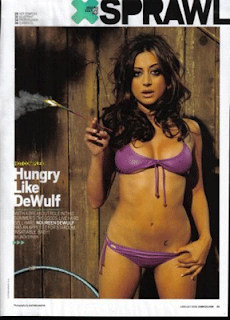 “Chuck” fans, if you can’t quite place Noureen yet, let me take you back to season 1, episode 13 (“Chuck vs. the Marlin”), in which a pretty young woman–Lizzie, the pita girl–enters the yogurt shop where Strahovski—playing “Sarah,” works. Noureen asks to see something in the backroom. Sarah says the backroom is only for employees. Noureen pulls a gun out of a paper bag. Sarah is as surprised as we are. Then they fight.

Now do you remember?

NOUREEN DeWULF podcast excerpt: “I play R.J. Berger’s first real girlfriend (in MTV’s The Hard Times of R.J. Berger). I look really different in the show. I have glasses; I play really young.”

That was hardly Noureen’s only moment of fame. 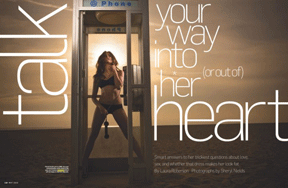 If you’re still not familiar with Noureen DeWulf, in a moment you can sample her film and TV appearances, including her role in Ghosts of Girlfriends Past with Matthew McConaughey and ending with her “Chuck” battle moment. She starred in the 2007 Oscar winning short film, West Bank Story. More recently, she has co-starred in The Back-Up Plan with Jennifer Lopez, the parody film The 41-Year-Old Virgin Who Knocked Up Sarah Marshall and Felt Superbad About It, and several episodes of both “HawthoRNe” on TNT and “The Hard Times of R.J. Berger” on MTV. Next up is the fall release, The Taqwacores.